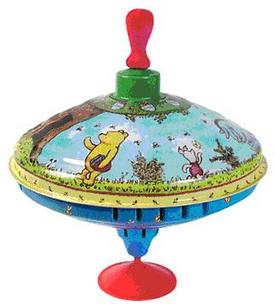 The Massachusetts-based company has agreed to pay a $200,000 civil penalty, which was conditionally accepted by the Commission. The spinning toys contained lead paint above the legal limit, which exceeds 600 parts per million. The company also did not report the issue to the CPSC, so that consumers who purchased these children’s toys could be immediately alerted to the hazard. Lead paint poses a health threat for children in the developmental stages. In 1978, the agency made a ban establishing that no more than 600 ppm by weight of lead may be used in paint or surface coatings of products in the U.S.

The Consumer Product Safety Improvement Act of 2008 amended the ban stating that there could be only 90 ppm. The CPSC settlement with the company resolved the following matters. The company had oringinally imported close to 66,000 spinning top toys with Thomas and Friends, Curious George and Circus graphics between June 2001 and 2002. They were distributed to participating retail stores to be sold. The company also imported thousands more non-compliant toys in 2003. Schylling failed to report any of the toys exceeding the lead paint limit to the CPSC until 2007.

In August and November 2007, the firm and the CPSC announced the first recall concerning the spinning top toys. “Manufacturers, importers, distributors and retailers have a legal obligation to ensure that no banned products are introduced into or distributed in the U.S. marketplace, and to inform CPSC as soon as they become aware of information that must be reported under our laws. We will continue to penalize companies that do not follow these basic requirements,” said CPSC Chairman, Inez Tenenbaum. The company still denied that it was in violation with the law.