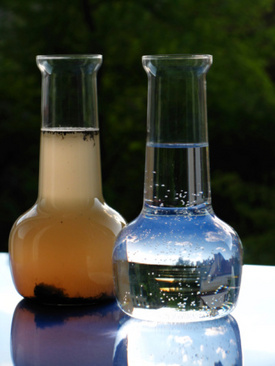 Bronx, NY (NewYorkInjuryNews.com) – A clean water agency that delivers water to New Yorkers did not make sure clean water was available its own employees in Hunts Point, Wednesday, February 3, 2010, as reported by New York Daily News.

A new sewage plant at Hunts Point was constructed less than a year ago where employees have been showering, drinking from water fountains and washing their hands in sinks where there had been no “backflow preventer”. The function of the back flow preventer is to protect the water in the plant’s massive boilers used by employees from backing up into its pipes, which also prevents contaminated water tainted with industrial chemicals. The Environmental Protection Agency (EPA) www.epa.gov stated that the employees could have been drinking contaminated water.

The plant, which opened last June contains 100 employees- including sewage workers. An investigation into the plant continues in order to determine why the backflow preventer was not installed when the building was under construction. One of the employees noticed that the preventer was missing and reported the issue to his supervisor on January 15, 2010. As soon as the matter was brought to light, signs were put up over the water fountains warning workers to not drink from it, and water coolers were made readily available. Since the water system was installed, tests show that the water in no longer contaminated.