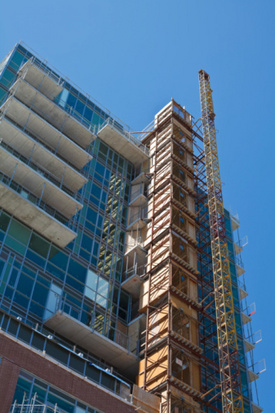 Legal news for Massachusetts construction accident attorneys – A worker was injured by falling bricks in Lowell.

Lowell, MA (NewYorkInjuryNews.com) – The Occupational Safety and Health Administration (OSHA) www.osha.gov investigates a construction worker sustained injuries while on a scaffolding when falling bricks struck him, Tuesday, January, 26, 2010, according to the Boston Herald.

Lowell police responded to the scene to discover that the worker had been on a scaffolding of the second floor for the Hamilton Canal redevelopment project, when a substantial amount of bricks plummeted from the fourth story of the old mil building and landed on him.

When medical official got to the injured worker, he was conscious. An ambulance transported him to area hospital where he was cared for by doctors and nurses. The extent of the workers injuries were not specified. His identity remained undisclosed. While at the scene of the construction accident, a police officer, two firefighters and an emergency medical responder also suffered minor injuries.

It was not reported if the officials who sustained injuries at the site were treated or taken to the hospital. The investigation continues in order to determine the cause for this construction accident.