Bird-Plane Collisions on the rise in NY? 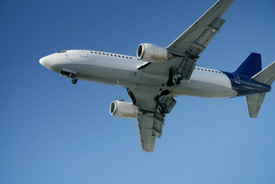 New York, NY (NewYorkInjuryNews.com) – It’s a bird! It’s a plane! It’s a plane crash! The numbers of bird-related plane crashes had increased by close to 70 percent in 2009 compared to 2008, according to WKBW.

The numbers of bird-aircraft collisions that have been reported, especially at Buffalo Niagara International Airport (BNIA), are occurring more frequently. Aviation authorities are in the process of figuring out how to make flying safe for both airplanes and the wildlife in the airfield. This had become a growing concern for airports since the event last year where a passenger jet landed on the Hudson River in New York City after a flock of birds that crashed into the aircraft’s engines.

Last year, BNIA officials reported there were a recorded 61 bird and other wildlife situations at the Buffalo Airport, which was an increase from the year before. Luckily, the collisions with the birds did not affect the planes in a dangerous manner. The flip side of the argument is that there may be more reported instances of bird-plane collisions versus actual growth in the bird population.

The Buffalo Airport continues to take preventative measures to avoid bird-plane collisions. Officials reported using propane cannons that shoot out blanks as well as other scare tactics used to ward off surrounding wildlife. The goal is to avoid accidents and maintain safety in airplane travel.