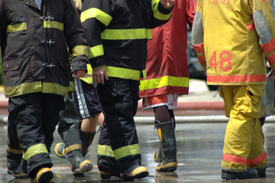 Ten now homeless residents watched as the three-story building continued to burn at 102 Harrishof Street. Responding firefighters rushed to the scene to battle the inferno. Fire officials believed that the fire broke out on the third floor of the building. Investigating officials are probing to determine the causes of the blaze believe that the fire was sparked by an electrical short circuit. Firefighters brought the flames under control within a half hour.

According to the United States Fire Administration (USFA) www.usfa.gov, Massachusetts, Rhode Island and New Hampshire in 2006. Massachusetts carried a death rate of 5.4 based on a national death toll of fire-related deaths of 13.2 million.