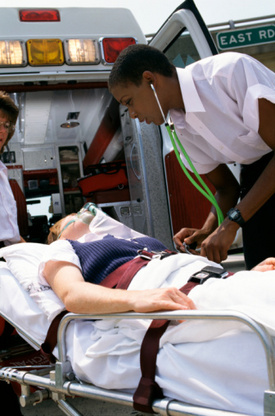 Legal news for New York motor vehicle accident attorneys— A mother and her infant were killed in a 2-vehicle crash.

Buffalo, NY (NewYorkInjuryNews.com) – A heart-retching two-vehicle crash fatally injured a young mother and her 9-month-old daughter on Tuesday, January 5, 2010, according to The Buffalo News.

Officials reported that the young mother was driving a Toyota Prius, with her child in the vehicle, when they were struck by a sport utility vehicle (SUV) that had a snowmobile hooked up to the back of the vehicle. Paramedics loaded the severely injured mother, identified as 22-year-old Stephanie M. Ali, of Grand Isle and her 9-month–old infant into the ambulance where they were rushed to Kenmore Mercy Hospital in Tonawanda, for doctors and nurses to attempt to save them.

Their injuries proved fatal while they were in the care of medical professionals. The Grand Isle Fire Department sent fire rescue officials to assist at the scene of the deadly crash.