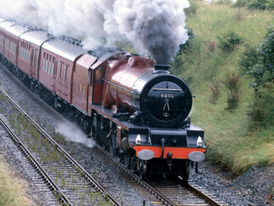 Clifton, NJ (NewYorkInjuryNews.com) – A fatal accident occurred when a jeep became stranded on the train tracks Sunday, December 27, 2009, and an oncoming train struck it, according to NorthJersey.com.

Emergency medical services (EMS) and police responded to the horrible crash scene where the victim in the jeep was identified as 34-year-old James Brown of Passaic. Brown was a communications officer at William Paterson University since 2003.

Police reported that the fatal crash took place near the intersection of Park Avenue and Rutherford Boulevard when Brown’s 2006 Jeep LCF Wagon mysteriously became stuck on the New Jersey Transit train trains, where the train collided with the vehicle at 5:21 a.m.

The New York-bound train was not traveling with passengers at the time of the collision. Police also noted that it appeared that Brown’s Jeep had went through some tress before it landed on the tracks. It was reported that Brown lived within a mile from the scene of the accident.

William Paterson University Police Chief announced that funeral arrangements for Brown are in the process of being made and a mass email was sent out to the professors, students and faculty informing of the tragic loss. Police and New Jersey Transit officials continue to investigate this fatal incident.