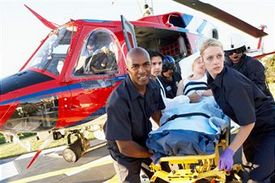 The two-vehicle wreck closed down traffic lanes as EMS and police attended to the scene, where both vehicles lay demolished with three men dead near Exit 31. Police officials identified the driver of the Volkswagen GTI as 21-year-old Michael Pitoscia, who was traveling in the eastbound lanes before the crash occurred.

The Volkswagen lay heavily damaged in the center grass median. Police declared Murphy dead after his wounds proved fatal at the scene, while Pitoscia and Cava were taken by South Star medical helicopter to Cooper University Hospital in Camden. Both men’s injuries also proved fatal upon arrival at the hospital. New Jersey State Police official reported that they were still investigating the fatal and tragic accident.