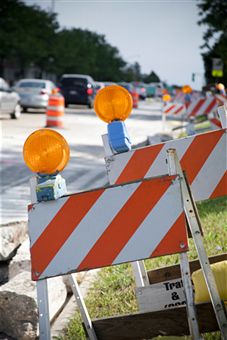 Chelmsford, MA (NewYorkInjuryNews.com) – State police reported to the scene of a fatal accident on Route 3, where one worker was fatally injured after being struck by a car at 10:40 a.m., Tuesday, December 1, 2009, according to Boston Globe.

The out of control driver, identified as 33-year-old Juanita McKenzie, continued on after hitting the first worker, and struck another worker in the breakdown lane and pinned him between the 2001 Acura and an on-site tractor-trailer.

The first worker was identified by investigating police as 44-year-old Anderson Cadell, who was cleaning up an oil spill when the car hit and killed him instantly. Cadell was an employee of United Oil Recovery Inc. The other worker was identified as 30-year-old Salvatore Pintone, who sustained severe injuries in the crash.

After hitting the two workmen, McKenzie’s car then struck another vehicle, injuring driver 61-year-old George Peterson. He was taken to the Lowell General Hospital for non-life threatening injuries via an ambulance.

Emergency medical services (EMS) arrived via MedFlight to transport Pintone to be treated by doctors and nurses at Beth Israel Deaconess Medical Center in Boston. Medical officials stated that he was in fair condition as of Tuesday night.

McKenzie also sustained severe injuries in the fatal crash. She was transported via ambulance to be treated by doctors and nurses at Lahey Clinic located in Burlington.

Department of Transportation (DOT) www.dot.gov spokesperson stated that the crew was hired to clean up the spill, however they were not a part of DOT. The northbound lanes of Route 3 were temporarily shut down for three hours following the fatal and tragic accident. State police reported that there were work signs and lights warning drivers of the construction zone. The investigation continues.