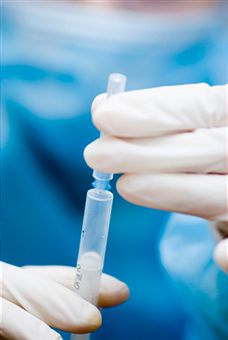 Boston, MA (NewYorkInjuryNews.com) – A vaccine wrongly labeled H1N1 was administered to fifteen Needham firefighters and a couple Needham residents who believed that they were immune to the swine flu, Tuesday, November 24, 2009, announced CNN.com.

The people apparently were vaccinated against another strand of the flu. The medical mix-up prompted the Centers for Disease Control and Prevention (CDC) www.cdc.gov warned the health department of the vaccination labeling confusion. Authorities reported that some people had been given the seasonal flu vaccination instead of the H1N1 vaccine. The seasonal flu label read H1N1 but was not even targeting the current strand of the swine flu.

One of the people who were given the wrong vaccine was the Needham Fire Department chief, Paul Buckley who went to the clinic on Monday to receive vaccination against the pandemic. After discovering the mishap, Buckley was contacted by the department that he had received the wrong vaccination.

The other firefighters were notified of the mistake as well. A grand total of 47 people were administered the wrong vaccine. Reports of the mistake left people confused and worried.

The Fire chief commented on the situation stating that “Hopefully, we haven’t had any issues in the past week where some of the people came in contact with the H1N1 virus or possibly got sick from it believing they were vaccinated when they actually weren’t.”

The health department contacted everyone to alert them of the mishap. Medical authorities reported that the vaccine is harmless and would count against the seasonal flu as a booster shot. Dr. Janice Berns stated that it was the first time in 40 years that she has seen a mishap like this.