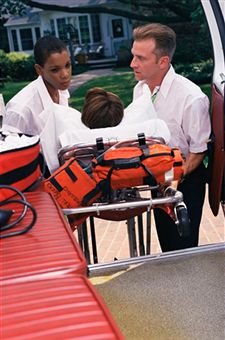 Larchmont, NY (NewYorkInjuryNews.com) – A pedestrian was struck and critically injured when he was struck by a car Thursday evening, November 19, 2009, according to the Lower Hudson Journal News.

Westchester County police and emergency medical services (EMS) reported to the scene at the Chatsworth Avenue Bridge. A male pedestrian was reportedly struck around 7:25 p.m. by a car by a New Rochelle resident on the bridge that crosses over Interstate 95.

The male pedestrian, also resident of New Rochelle, sustained head trauma in the incident. Police reported that the 48-year-old man was transported via ambulance to be treated by doctors and nurses at the Jacobi Medical Center located in the Bronx. His injuries were serious and he remained in the hospital and was still not released by Friday morning.

The driver of the vehicle was only identified as a 68-year-old female. She reportedly experienced trouble breathing and received treatment by medical personnel at Sound Shore Medical Center and was released. There have not been any charges filed and there were not any aggravating factors present at the scene of the accident.

The names of both the pedestrian and the driver were not released. The bridge was temporarily shut down for a few hours after the incident for police to continue to investigate the scene.