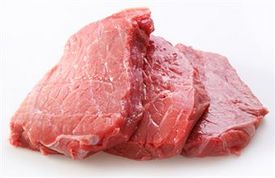 Legal news for Maryland Product Liability attorney– A man was accused of selling veal with drug residues for consumers.

The Department filed on November 13, 2009 in the United States District Court in Maryland claiming that William Nickle “caused drugs to become adulterated while held for sale after shipment in interstate commerce, used animal drugs in an “extralabel” manner without a valid veterinarian-client-patient relationship, and used drugs in animals in which such drugs are expressly forbidden”.

Mr. Nickle is the owner of a private unincorporated business which buys and sells more than 1,200 calves annually for human consumption. The case is largely built upon the alleged claim that Mr. Nickles sold the meat knowing that it was tainted with the illegal flunixin drug residues, which was sampled by the U.S. Department of Agriculture (USDA) www.usda.gov.

According to Wikipedia, Flunixin is a non-steroidal anti-inflammatory drug approved for cattle to treat pain and prevent endotoxemia. It is administered via injection. The FDA regulates the amount that may be present in the edible portions of meat sold to consumers. All veal slaughtered and sold for human consumption is required by the FDA to be taken off the drugs at a specific time so that the levels are not harmful for humans.

Mr. Nickles has received numerous warnings from both the FDA and the USDA since February and April 2009. In June 2004, Nickles reportedly received a warning notice in June 2004, but he failed to abide by with the law.