Home » Featured News » Are you sure your radiology results are correct?

Are you sure your radiology results are correct? 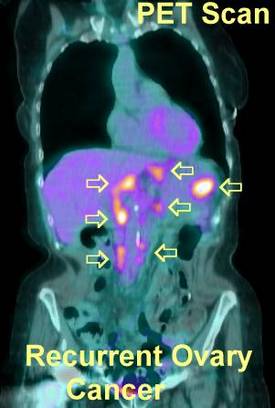 New York City Medical Malpractice Lawyer says “Researching and proving malpractice can be costly and can require medical experts to uncover frequently overlooked reasons for medical negligence”. In this medical negligence case Robert Sullivan a leading New York Trial lawyer specializing in medical malpractice gives real example. New York City (NewYorkInjuryNews.com) – This is an interesting case in which a law firm is having difficulty obtaining sonogram records of a client – who we’ll call “Grace”. Grace is a 52-year-old woman who has stage III ovarian cancer. This lawsuit is a medical malpractice claim and has been brought on the grounds that doctors allegedly failed to detect the cancer in a timely manner despite sonograms and tests.

Grace was a patient of Bay Imaging in Brooklyn – and like all the other women who went to that clinic, she went there for one reason: to detect and if necessary, treat cancer. Her attorney had been trying to get Grace’s medical records but found the clinic itself to be shut down and sealed. The New York law firm then called the New York State Department of Health, which informed them that they get hundreds of calls every day about the facility.

The owner of the clinic is a pulmonologist who is now practicing in East Orange New Jersey. He purchased Bay Imaging in Brooklyn as an investment, but didn’t factor the need and cost of actual doctors into his business plan. Over a 3-month period of time after purchasing the clinic, the doctor knowingly allowed women to come to his clinic despite the fact that he never hired a radiologist to interpret the mammogram and sonogram films. He accepted payment for those visits and disturbingly, ignored the life-threatening and time-sensitive nature of his patients.

It is now estimated that the results of 15,000 mammograms and sonograms from that clinic are being kept hidden by the doctor. The City, the State and even the FDA are having problems getting those records released.

We all hope doctors have the best interests of their patients in mind. But never forget medicine, like any other field, is a business. If and when you go into a radiology clinic or a facility where tests or films are interpreted, make sure that there are competent and experienced physicians who are reading your results.