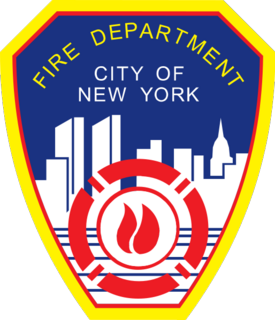 New York City, NY (NewYorkInjuryNews.com) — Recently the NYC Fire Department said that its’ multi-million dollar campaign to diversify their ranks has paid off. More than 20,000 people have applied during this round of recruitment. The FDNY only holds recruitment drives once every four years.

It’s important to know that there are laws in place to protect the rights of our city’s bravest. Those laws not only make sure the firefighters have the best in terms of equipment but they also require that all buildings in the city meet fire safety standards so as to prevent unnecessary injury.

Here’s an example of a firefighter being protected by the law –even though he was engaged in a dangerous job. Firefighter “Frank” was 36 years old, in great shape. He was responding to a fire in an abandoned building in the Sugar Hill section of Manhattan. In the course of fighting the blaze, Frank was on an exterior staircase which collapsed causing him to fall about 10 feet.

As a result of the fall, the heads of Frank’s hips were damaged and there were additional splits and fissures in the surrounding cartilage and bone structure. Frank underwent hip replacement surgery, followed by six months of physical therapy, three-times a week. It was discovered that the building owners were issued four building-code violations prior to the fire for failing to properly seal the building and maintain the staircase. A special law enacted to protect firefighters allowed Frank to bring a case on the basis of the building code violations. The lawsuit was successful and Frank deservingly received substantial compensation for his injuries.