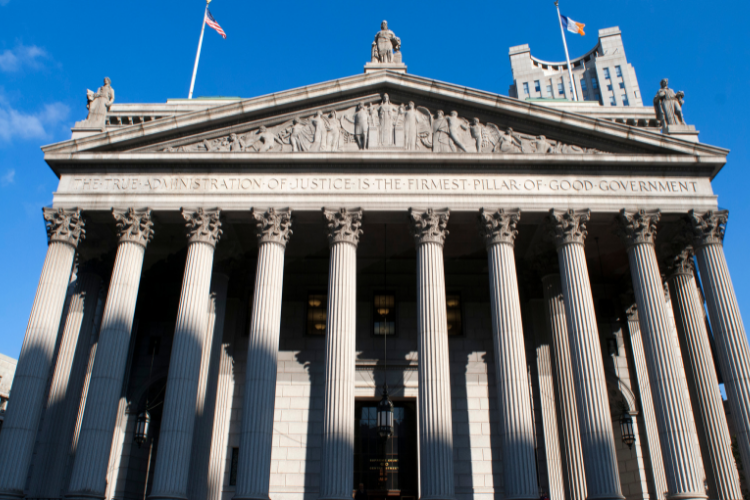 Law.com reports about a recent 50-page report published by New York City Bar Association that lists “waves” of recently passed state laws that will suppress voter rights and calls on lawyers nationwide to fight against these suppressive laws.

The report asks lawyers nationwide to “speak loudly and act effectively” and “not stand by as mere witnesses” as these newly enacted state laws threaten America’s democracy. The report also petitions the US Congress to enact broad federal election reform laws in response to these state laws.

As per the report, “It’s the duty of lawyers throughout the nation to speak loudly and to act effectively, both individually and through their professional associations, to oppose the current actions by state legislatures and executives to limit our citizens’ right to vote or to disregard their votes if unfavorable to those who control the reins of government.”

The report further states that “As professionals pledged to uphold our state and federal Constitutions and the rule of law, we must not stand by as mere witnesses when the most fundamental principle of our democracy is undermined by representatives of any political party. Rather, we must use our professional standing and our roles in the communities we serve to remind our fellow citizens—on all sides of the political spectrum—of the critical role of our citizens’ right to vote as the very foundation of our democracy and the rule of law in our nation.”

The report further continues “if we fail to do so, we too will bear responsibility for the erosion of the democratic social contract that binds our nation together.” The report is titled “The Consent of the Governed: Enforcing Citizens’ Right to Vote ” and points to the “Ongoing efforts by some states to overturn the results of the 2020 Presidential Election and the fear that.”

The Bar Council calls for prompt and effective congressional action through the report, including enactment of the “2021 John Lewis Voting Rights Advancement Act” and the “For the People Act” as per the Bar Association’s press release.

The report also states further “Among the most insidious of the raft of voting suppressive laws which have been enacted since November 2020 are those which permit state legislatures to override the handling of election results by the public officials designated in their state to do so, seemingly on a totally partisan basis,” but it doesn’t appear that the Congress is addressing “the post-election administrative provisions,”

In the opening section note, the report notes the “importance of the U.S. Senate action to reduce the paralyzing effect of its current ‘filibuster’ rules so that these, and other, issues of supreme importance to our nation can be debated and acted upon in accordance with fair-minded and reasonable democratic procedures.”