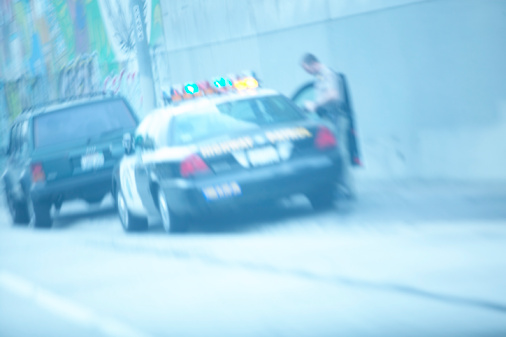 Amsterdam N.Y.—A tractor-trailer slammed into the back of a police cruiser, fatally injuring the officer on Monday, December 16, 2013. The fatal accident occurred around 8:20 p.m. on the eastbound side of Interstate 90, reports 7online.com

According to officials, New York State Trooper David Cunniff, 35, was sitting inside his patrol car after pulling over another car on the Thruway when the semi-truck struck him, pushing the cruiser 50 yards into an embankment. The semi then continued on to hit the car that was pulled over, pushing it 75 yards where it came to a stop on top of the vehicle. Cunniff was partially thrown from his vehicle upon impact and the driver of the other car was injured.

Responding emergency crews airlifted Cunniff to Albany Medical Center for treatment of a massive head injury. On Tuesday, his injuries proved fatal and he was pronounced dead.

The reasons behind why the semi-truck drifted from the road is still under investigation, but alcohol nor weather were considered factors.