History of Medical Malpractice Allegations Against Doctor Accused of Fraud 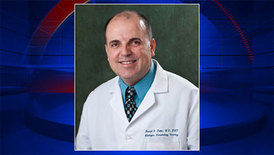 Reports about the recent arrest of an Oakland doctor accused of Medicare fraud bring to light the challenges faced by many patients across the country who put their trust in doctors who engage in unethical practices. As reported by The Oakland Press, Dr. Farid Fata has been charged in connection with an alleged $35 million Medicare fraud scheme in which he was stated to have provided treatments, including chemotherapy, to patients whose conditions did not require it and would not benefit from it.

As noted in the report, Fata had also been accused of medical malpractice on multiple occasions, with the first lawsuit against him being filed in 2007 by a patient who alleged she was misdiagnosed with multiple myeloma and prescribed medications that were toxic and carried risks of dangerous side effects. In another case, he was accused of failing to diagnose a patient with cancer in a timely manner. The patient died three years after she began seeing Fata in 2005.

As the New York City medical malpractice attorneys at The Law Firm of Jonathan C. Reiter note, medical malpractice can cause a number of problems for patients, with some suffering injuries that last a lifetime or are ultimately fatal. As illustrated by the case above, some bad acts on the part of members of the medical profession can lead to not only civil lawsuits, but criminal charges as well, depending on the type of misconduct that has been alleged.

Individuals who believe they have been a victim of medical malpractice often need answers to complex questions about their particular situation. Discussing one’s legal options regarding their specific case with an attorney can be helpful for those who are in the process of determining what steps should be taken next.

The attorneys at The Law Firm of Jonathan C. Reiter can be contacted for a case evaluation for those who have questions about a New York medical malpractice related issue.