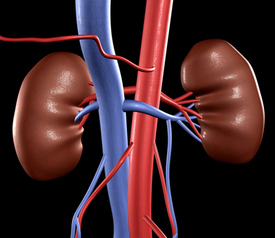 A surgeon operating at Mr. Sinai Hospital in Manhattan removed the wrong kidney from an elderly man on an undisclosed date at the hospital’s Manhattan location, reports New York City medical malpractice attorney Jonathan C. Reiter. Following the discovery of the surgeon’s tragic mistake, he was relieved of all his clinical and administrative duties, according to hospital spokesperson, Dorie Klussa. The patient was a 76-year-old male who suffered with two diseased kidneys, one more advanced than the other. He had been on dialysis for an unknown period of time prior to the surgery. The patient’s identity remains undisclosed. According to Ms. Klussa, the patient was woken up following the surgery that removed the wrong kidney. Another surgeon then operated again on the patient, removing his remaining kidney. The surgeon who performed the surgery that removed the wrong kidney was not identified by the hospital pursuant to the hospital’s policy of confidentiality regarding personnel matters.

Mr. Reiter, a New York City medical malpractice attorney, who has handled many medical malpractice cases, offered the following comments regarding such a tragic event as removing the wrong kidney, as follows: “There has been a history of surgeons making this type of mistake in the operating room. Sometimes, they operate on the wrong side of the brain, remove the wrong kidney, or even amputate the wrong leg. It is sometimes due to surgeons being distracted by something as mundane as a beeper or telephone call. Hospitals have reacted by instituting practices to ‘mistake-proof’ the operating rooms, by implementing procedures to identify the correct side of the body the part that is to be operated on. Obviously, these so-called mistake-proof procedures do not always work because human beings make mistakes despite procedures meant to minimize the chances of these tragic mistakes. In the case of the kidney, it is a vital organ that is necessary to sustain life. A person can live with one kidney, but cannot live with no kidney.” Mr. Reiter went on to discuss the legal aspects of this tragedy, as follows: “There is a legal concept that applies to this type of mistake which is ‘res ipsa loquiteur’ which means ‘the thing speaks for itself.’ In this case, the removal of the wrong kidney is a ‘res ipsa’ case because it could not have happened in the absence of negligence. It speaks for itself.”

It is hoped that Mt. Sinai Hospital will do a full investigation of such a tragic event. The New York State Board of Health will conduct a separate investigation of this incident as mandated by law. These investigations will hopefully reveal facts and circumstances, which will form the basis of new and better procedures to improve health care, and truly ‘mistake-proof’ operating rooms in every hospital statewide.