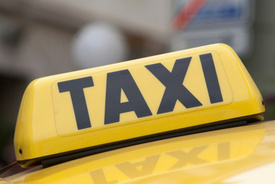 According to officials, five victims from the two vans were transported to Kings County Hospital, Downstate Medical Center, New York Methodist Hospital, and Kingsbrook Jewish Medical Center for treatment of serious injuries sustained in the wreck.

Six others were treated for minor injuries at the scene of the automobile accident.

The identities of the victims are being withheld at this time.

The cause of the crash is still under investigation by police officials.