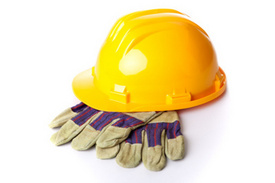 North Bergen, NJ — A Union City man severed six fingers in an industrial accident at Eagle Recycling on Dec. 19 is undergoing surgery to repair his hand. The workplace accident occurred around 6:24 p.m., when his hand became stuck inside a feeder at the recycling plant, NJ.com reports.

According to officials, the man, a 22-year-old Union City resident, was trying to grab a piece of cardboard that was jammed in a conveyor belt when his hands became stuck in the feeder and were severed.

West New York EMS rushed the man to Jersey City Medical Center for treatment. He is currently in stable condition and is undergoing several hours of surgery.

The U.S. Occupational Safety and Health Administration (OSHA) is investigating the workplace accident.

OSHA revealed that Eagle Recycling has had four inspections since 2009, which has resulted in 28 violations ranging from fire protection, electrical systems, sanitation, noise levels, and lack of personal protective equipment.