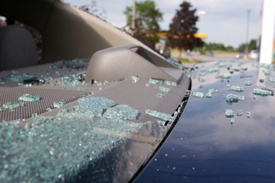 Milton, NY — A two-vehicle head-on collision killed a New Jersey woman and injured her three children, as well as the other driver, on Sunday, August 19, 2012. The fatal automobile accident occurred around 6 a.m. on northbound Route 9W, reports the Times Herald-Record.

According to police, Alexander Rijo-Mendez, 21, of Poughkeepsie, was traveling northbound on Route 9W, when he crossed the center line and struck a southbound 2009 Honda Odyssey driven by Kim Lynn, 41, of Parsippany, N.J.

Responding emergency crews rushed to the scene and extricated the victims.

Lynn was pronounced Lynn dead at the scene, while her 12-year-old daughter was airlifted to Westchester Medical Center. Lynn’s 8-year-old twin daughters sustained bumps and bruises and were taken to St. Francis Hospital in Poughskeepsie by Mobile Life Support Services for medical treatment.

Rijo-Mendez also was taken to St. Francis by Mobile Life.

The fatal accident is under investigation and charges are pending. It is unknown at this time why Rijo-Mendez veered over the center line.