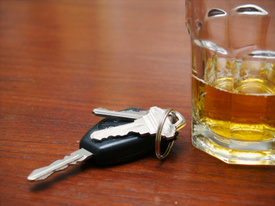 According to reports the shuttle bus was traveling east on 50th Street when it was broadsided by a silver Mercedes that drove through a red light, while traveling uptown on Sixth Avenue.

Responding emergency crews transported the 55-year-old bus driver, and his passengers, a 57-year-old man and three women, ages 45, 57, and 60, to Bellevue Hospital for treatment of non-life threatening injuries.

The bus was reportedly on its way to a local airport at the time of the wreck.

The identity of the driver of the Mercedes has not been released at this time.

Charges are pending and investigations are underway.