Rapper 50 Cent Hospitalized After Wreck on the Long Island Expressway 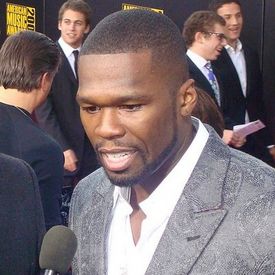 Long Island, NY—Rapper 50 Cent was involved in an accident on the Long Island Expressway late Monday night, June 25, 2012, which sent him to the hospital with possible back and neck injuries. The automobile accident occurred at 11:18 p.m. on the LIE, near its connection to the Van Wyck Expressway, reported the New York Post.

According to reports, a Mack truck slammed into the rear end of Curtis “50 Cent” Jackson’s SUV, almost causing his vehicle to overturn.

Responding emergency crews rushed to the scene and transported 50 Cent to a New York Hospital in Queens for medical attention. He was treated for minor neck and back injuries. He has since been released from the hospital.

The driver of the Mack truck told police that his load shifted, causing him to lose control of the truck.