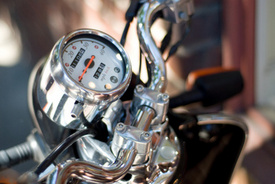 State Police reported that Garry Rohlfs, 51, of Bloomingburg, was driving north on Route 23 when his Harley Davidson motorcycle crossed the centerline, overturned and slid into the path of a Ford Fusion.

The driver of the Ford, Brittany Vanwingerden, 21, of Wantage, attempted to turn her car to avoid hitting Rohlfs, but she was unsuccessful and struck him.

Responding emergency crews pronounced Rohlfs dead at the scene. Vanwingerden was treated at the scene for shock.

It is unknown at this time what caused Rohlfs to loose control and crash.

Investigations are underway. It is unknown if drugs and/or alcohol were a factor in the deadly motorcycle accident.