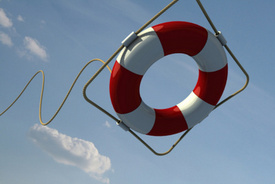 Staten Island, NY — Rescue crews pulled five people from the water off Staten Island, including one man who died, after their boat capsized off Ward Point at the mouth of Arthur Kill on Saturday, April 21, 2012, reported the New York Post.

According to reports, the survivors and deceased man were found floating near their capsized boat. It appeared that the victims were in the water for some time before emergency crews arrived at the scene.

The deceased man and the survivors were reportedly Hispanic and couldn’t explain what had happened. The four survivors were sharing one life jacket and were aware that their friend had passed—leading officials to further believe that they had been in the water for a while.

The identities of the survivors and the deceased have not been released at this time.

Investigations into the marine accident and what caused the boat to capsize are underway.