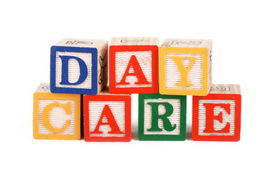 Miami wrongful death attorneys report that four months after two-year-old Haile Brockington was abandoned for an entire school day in a sweltering day care van, a Florida lawmaker announced that she will introduce legislation intended to prevent similar deaths.

The alarms, which sound when the driver turns off the engine, can be deactivated only by pressing a button at the rear of the vehicle. The device, in effect, forces the driver to do a full walkthrough of the van or bus and alerts them to the presence of any children still in the vehicle.

Though Haile’s mother, Nelder Lester, did not speak at the Dec. 16 press conference, she held a pillow with an image of her daughter on it, along with a poster-size photograph of Haile. Her lawyer, Yaffa, said that Lester wanted to be there because she supports the bill, which will be named for Haile.

Haile was found lifeless, still strapped into her car seat, on August 5. She had been left there, alone, for more than six hours. The inside of the van in which she died, owned by Katie’s Kids Learning Center in Delray Beach, reached temperatures exceeding 130 degrees that day.

The driver of that van and the center director were subsequently arrested, charged with aggravated manslaughter of a child in this wrongful death. A police investigation revealed that both had checked off Haile’s name on transportation, attendance, and meal logs that day, even though the 2-year-old had never left the van.

The Brockington family’s Miami wrongful death attorneys at Grossman Roth have filed a wrongful death suit against the owners of Katie’s Kids Learning Center: Kathryn Muhammad and Barbara Dilthey. They have also called for the state to adopt stricter child safety measures that go beyond requiring names be checked off a list when children board and leave a day care vehicle.

Sachs’s effort, says Yaffa, is a big step in the right direction. But the Grossman Roth lawyer also noted that the announcement, which took place in the courtyard of another day care facility, was bittersweet for Haile’s mother, particularly with the holiday season approaching.

Lester plans to accompany Sachs to Tallahassee, the state capital, in March, when the lawmaker intends to introduce her bill during the legislative session.

“If we use technology for everything else, why not use it for our children?” asked Sachs. She said that, pending the legislation, she’d like to see day care centers voluntarily install the alarms, which cost approximately $250 per vehicle.

Meanwhile, the Brockington family’s lawyers at Grossman Roth hope that their wrongful death lawsuit will send a message: that child safety must always be the top priority of everyone who works at a day care facility, from the drivers who take the children to school, to the administrators who track their comings and goings, and the teachers and other professionals who nurture and protect them throughout the day.

This news story was brought to you by the wrongful death and child safety attorneys at Grossman Roth, P.A. For three decades, we’ve been fighting for—and coming through for—those needlessly injured by the negligence of others. Along the way, we’ve become one of south Florida’s preeminent firms for wrongful death lawsuits and personal injury claims, helping clients obtain the recovery they deserve.