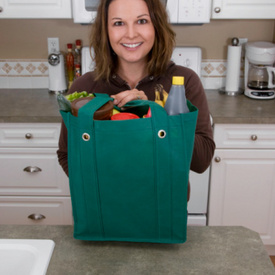 New York, NY – The owner of a chain of East Coast supermarkets, Wegmans Food Markets Inc., reported it will replace reusable shopping bags sold at the store after a consumer group found high levels of lead in the products, as reported by Bloomberg News.

Wegmans will post notices in its 76 stores, as well as its website, offering consumers a replacement, according to Jo Natale, a company spokeswoman. Over 725,000 reusable bags were sold at stores in New Jersey, New York, Pennsylvania, Virginia and Maryland.

Judy Braiman, president of the Empire State Consumer Project and Rochesterians Against Misuse of Pesticides, commented on the subject, “The message to other companies is lead may be in their products…They should be doing their own testing now.”

Braiman’s pesticide group buys products sold in stores and tests them for toxic metals such as lead and cadmium. According to the tests on the bag, the Chinese-manufactured products had lead levels eight times higher than permitted by New York law. After being informed of the group’s test results, Wegmans conducted tests of their own and found lead in its “Green Pea” and “2009 Holiday” bags. The bags were removed beginning September 3, according to Natale.

State law limits lead contamination to no higher than 100 parts per million.

Consumers are told they can continue to use the bags and that the biggest concern over them is how to dispose of them. Natale explained, “This is not a food-safety issue…It does not present a public-health risk. Even so, we are very committed to the environment, to sustainability, and decided to err on the side of caution.”