Vermont grandson cleared of charges for illegal burial of grandmother 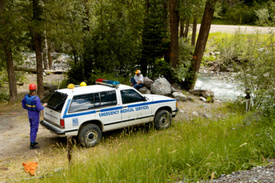 Westford, VT – On Monday, August 30, 2010, the State of Vermont dropped charges against a Westford man who was accused of illegally burying his grandmother after his mother allegedly killed her, as reported by WCAX News.

Police claim that 59-year-old Jeanne Sevigny killed her mother in November of 2006. Sevigny allegedly burned the body of 78-year-old Mary Wilcox and had her son, Greg Sevigny, 30, bury her in a suitcase in a wooded area behind the Westford Elementary School.

Multiple searches for the buried body have turned up nothing, despite the help of Greg Sevigny.

The judge ruled the three-year time limit for filing a misdemeanor charge of burying a person without a permit had expired, which in turned cleared Greg Sevigny of the charge. This is because, according to WCAX, Jeanne Sevigny initially told police her mother went missing and the homicide was not discovered until 2009.

Furthermore, state law prohibits prosecutors from charging Greg as an accessory after the fact because his mother, a family member, already faces criminal charges.