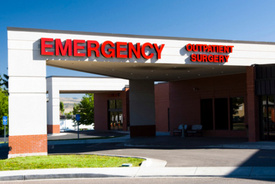 Brooklyn, NY – The mother of an 11-year-old girl who died after an asthma attack Friday, August 27, 2010, accused a New York City police officer of denying the girl help, as reported by NY1.com.

Carmen Ojeda reported she was driving the wrong way down a one-way street in efforts to get her daughter to the hospital. She claims she was stopped by an officer who refused to help the struggling child.

Ojeda told the press, “He smirked at me when I asked him for help it wasn’t like ‘Oh I’m sorry I can’t help you’ it was like ‘I don’t know CPR’ like a jerk, like a jerk. He shouldn’t have a badge and a gun because who’s he going to protect he’s supposed to protect me and help me right so why didn’t he help me?”

The distraught mother sideswiped another vehicle and before she could exit the one-way road, a van blocked her in.

Several witnesses to the event said they heard Ojeda’s cries for help and rushed to the girl’s side. One bystander eventually took the girl, gasping for air, to the emergency room where she later died.

The NYPD reports it is working to determine whether the individual accused of the ambivalence is actually a police officer. The department raised question as to whether the officer was a traffic agent or other uniformed individual.

The department also noted that all its members receive CPR training.

Ojeda told reporters that the man in question was definitely a police officer, claiming he and several other officers came to the hospital to ticket her. She explained, “He was waiting and once they heard my daughter was dead everyone disappeared.”