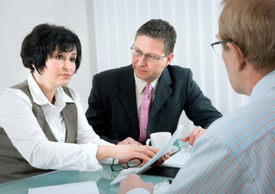 Sleepy Hollow, NY – The village of Sleepy Hollow has agreed to pay $200,000 to a teenager who filed a lawsuit after police used a Taser on him in August 2007, as reported by The Journal News.

Sleepy Hollow offered the money to Duanny Lara Mota in order to end the lawsuit that was filed in April 2009. The money is an offer of judgment in the victim’s favor, as opposed to a settlement, in which no party is named in favor.

The 19-year-old man accepted the offer, though reluctantly, because he and his mother could not afford the attorney and court fees if they were to lose the court case.

Mota was 16-years-old when he was stopped by Nelson and Quinoy while riding his bicycle on a sidewalk on August 24, 2007. The two officers claimed the teenager was in violation of a village ordinance and they needed to confiscate the bike to the police station in order to determine if it was stolen.

Mota fled and the officers chased him. Upon catching Mota, Nelson used a stun gun on him. Mota was charged with disorderly conduct and resisting arrest. The charges were later dropped.