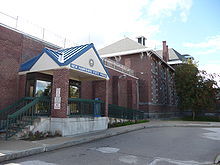 Concord, NH – A corrections officer who was accused of assaulting an inmate in November 2009 has decided to speak out against the allegations, amid the possibility of another year on suspension, as well as a lawsuit from the inmate, as reported by the New Hampshire Union Leader.

Bettez is accused of assaulting an inmate, who remains unnamed, so severely his nose was broken, which left him “bleeding and bruised from a series of punches to the face and forehead.”

The inmate’s attorney has filed a notice of impending lawsuit accusing the officer of excessive force.

Bettez has been employed at the New Hampshire State Prison for the past 11 years. For the past eight years, he has worked within the Secured Housing Unit. He reported he has never faced discipline of any actions.

According to Bettez, in November 2009, he and another guard were performing a search on a prisoner’s cell in the SHU’s administrative segregation section, where problem prisoners are held, when a confrontation between his partner and the inmate arose. According to Bettez, the inmate, who had previously injured a sergeant, was handcuffed and standing against the wall when he head-butted and kicked the officer guarding him.

Bettez did not offer any other details, other than repeating he came to the aid of his partner.

Bettez told the press his suspension may last another year or more as the state fights the Personnel Appeals Board order to reinstate him and another suspend guard, Mark Jordan, 42, of Manchester, to their jobs or find alternative work. The state was also given the option to convert the men’s suspensions to one that included pay and benefits, including health insurance.

Jordan was suspended for an incident unrelated to Bettez’ situation.

Bettez, who is married and has four sons, said the suspension has caused a financial struggle. He has found higher-paying work at a printing company he was previously employed at for 11 years, but told the press he wants his corrections job back.