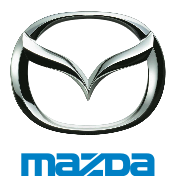 Washington – Mazda has issued a recall of more than 300,000 Mazda3 and Mazda5 sedans with model years from 2007 through 2009, according to reports from USA Today. The Japan-based company issued the North American recall to fix problems with the power-steering system.

The problem was addressed in the Japan market last year.

Mazda announced the cars involved in the recall were built from April 2007 through November 2008. Approximately 215,000 vehicles were sold in the United States, while some 100,000 were sold in Canada and Mexico.

Mazda reported to the National Highway Traffic Safety Administration that the vehicles could have a sudden loss of power-steering assist, which would make steering difficult for the driver and increase the risk of a automobile accident.

The NHTSA opened an investigation June 28 into steering problems with the vehicles, after 33 complaints of the issue were received, which included three crashes.

Mazda addressed a letter to NHTSA last week that reported the company was informed of steering problems in Japan in March 2008. Mazda said it began its own probe into the vehicles in July 2008. The firm stated that by mid-2009, it found that the problem was caused by rust forming inside the high-pressure pipe in the power steering system. According to Mazda, rust particles could enter the power steering pump and cause it to go into a fail safe mode and shut down in order to avoid overheating.

Mazda reported it will notify owners during the next few months of the recall. The company also stated dealers will replace the power steering pump and two high-pressure lines at no charge.