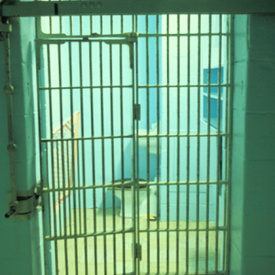 Boston, MA – A call for an investigation into the suicide of the notorious Craigslist killer was made by a Boston city councilor Monday, August 16, 2010, on the basis that Philip Markoff should not have had the opportunity to kill himself, as reported by Staten Island Live.

Philip Markoff was awaiting trial for the death of a masseuse he met through Craigslist. He was also accused of the armed robbery of a Las Vegas woman and an attack on a stripper, all within the same week he killed the masseuse.

Markoff was discovered dead in his cell Sunday, August 15, a day after what would have been his first wedding anniversary had his ex not called off the date.

The cause of death has been withheld, pending test results. The Boston Herald reported through anonymous sources that he used a pen to cut arteries and a plastic bag to suffocate himself. The paper also stated Markoff was not checked on the entire night.

Councilor Stephen Murphy said, “Regardless of my personal feelings about Philip Markoff, he technically was an inmate awaiting trial, and he was in the care and custody of the Suffolk County Sheriff’s Office…He had shown a penchant for doing harm to himself before. You would have thought he would have been under the closest of attention.”

The family of his victim Julissa Brisman are undoubtedly upset about the suicide. An attorney representing Brisman’s mother explained Markoff’s death denies the family opportunity to confront their daughter’s killer and hear details of her final moments. The lawyer told the press, “First he took their daughter from them, then he denied that opportunity for them…Many people who deal with homicide never get over it, but the criminal trial allows them to confront the suspect, hear the evidence and reach some resolution in the case.”

Brisman was beaten with a gun and shot three times in April 2009. Authorities claim Markoff lured the woman to the Marriot Copley Hotel in Boston in attempts to rob her to support his gambling habit.

He met his victims through Craigslist advertisements. His trial was expected to begin in March 2011.