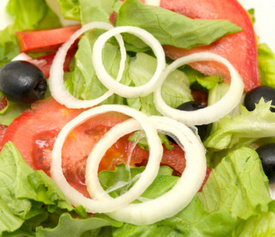 Brooklyn, NY – The U.S. Department of Justice, through the coercion of the U.S. Food and Drug Administration, is seeking an injunction against NY Gourmet Salads, Inc., a processor of ready-to-eat deli and seafood salads and cream cheeses. The injunction also targets Leonard F. Spada, the company’s president, according to a press release issued by the FDA.

The complaint was filed July 30, 2010, in the U.S. District Court for the Eastern District of New York. It charges the defendants with violating the Federal Food, Drug and Cosmetic Act by introducing food that was produced under unsanitary conditions into interstate commerce.

Inspections from 2006, 2007 and 2008 documented insanitary conditions within the facility and failure to follow FDA regulations concerning the production of food and seafood products. Although the firm promised to comply with regulations, inspections in 2010 documented the same problems.

The complaint states that recent FDA testing found Listeria monocytogenes (L. mono) in the NY Gourmet Salads Inc. facility. The complaint points out that the strain of L. mono that was found in the defendant’s chickpea salad in 2010 was “indistinguishable from the strain of L. mono found in the defencdants’ facility during a 2009 inspection, indicating that the L. mono had likely formed a lasting presence in the defendants’ facility.”

Michael A. Chappell, acting associate commissioner for regulatory affairs, stated, “The continued presence of L. mono in a food processing facility is a particularly significant public health risk…In this case, the L. mono was not only found in the facility, but later turned up in a sample of the firm’s food. We will not allow food producers to put consumers at risk by repeatedly breaking promises to clean up their facilities.”

The products are sold to customers in New York and New Jersey, including a gourmet supermarket with shops in Brick and Freehold, NJ. The firm also distributes products to an airline caterer in Jamaica, NY.