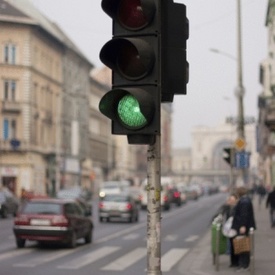 Unity Township, PA – A motorcyclist died after being struck from behind by a sports utility vehicle on Route 30in Unity Township on Monday, July 26, 2010, as reported by WPXI.

Anthony Markitell, 44, was driving on Route 30 near Village Drive when his motorcycle was struck by the SUV. He was transported to Latrobe Hospital in critical condition. A deputy coroner reported he died a short time later.

Police reported the SUV, driven by Janalee Westerman, 36, struck the motorcycle. The impact pushed him into the upcoming intersection where he was then struck by another vehicle.

Westerman and three children in the SUV were taken to Westmoreland Hospital after the incident. The four suffered minor injuries, according to police.

Firefighters reported the crash happened at a dangerous intersection.

The westbound lanes of Route 30 were closed for almost four hours as investigators worked the scene.