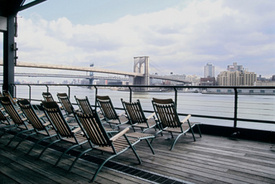 Brooklyn, NY – The mother of an 18-year-old man who was body-slammed by a NYPD officer in early July announced plans to sue the New York City Police Department for their alleged unprovoked attack, as reported by NY1.com.

On July 11, Rahiym Holmes was with a group of teenage friends walking home from a barbecue at Canarsie Pier. Witnesses reported that several police went to disperse the crowd at the pier and began taunting Holmes and his friends. The witnesses claim an officer body-slammed Holmes for no apparent reason.

He was supposed to begin college the next day.

The NYPD’s Internal Affairs Bureau is investigating the incident. Police commissioner Ray Kelly told the press, “We want to interview the complainer. The attorney has rebuffed us. We haven’t been able on three separate occasions to talk to him, the complainer. We’re asking for his cooperation.”

Holmes spent four days in a coma after the incident, and remains in the hospital in a traumatic brain unit as he undergoes rehabilitation. His family claims he is having trouble walking and may never fully recover.

Relatives also say Holmes was shackled to a hospital bed while he was in a coma. He has been charged with reckless endangerment, but his family claims the charge is unfounded.

The family filed a notice of claim towards the NYPD.

The family’s attorneys also plan to file a separate class action lawsuit with regards to NYPD’s stop-and-frisk policy, claiming it is to blame for the events that led to the boy’s injuries.