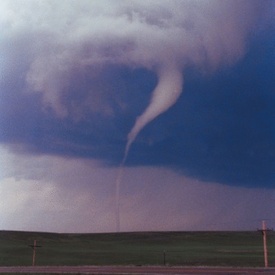 Randolph, NY – Four tornadoes swept through New York and Pennsylvania Saturday, July 24, 2010, leaving behind damaged homes and business across the twin tiers, as reported by WIVB.com

People in Mayville, Carrollton and Randolph in New York; along with those in Galeton in Pennsylvania were those hit by the storm’s path.

Officials reported the Town and Village of Randolph will remain in a state of emergency until Friday, July 30.

Randolph Fire Company Safety Officer reported, “Most of the main power sources are up but now it’s just trying to reconnect the houses and the businesses but for the most part if we do have electricity we’re open.” He added that safety was the top concern.

He also reported that trees came down and damaged electricity cables to the homes and business in the area.

The hundreds of trees that were taken out by the twisters must now be cleaned.

One resident described the fury of the tornadoes as, “All of a sudden you hear like a train coming through, I ran for the bathroom. I heard the whole house shake for about 45 seconds.” Another resident simply stated, “It’s just been a very long week.”

For all the damage that was done, there were no personal injuries though.

The chief reports things are slowly returning to normal.

On Monday afternoon, state and city officials reported they were unsure of who would pay for the damage.