FDNY EMT arrested in string of 5 sexual assaults in Brooklyn 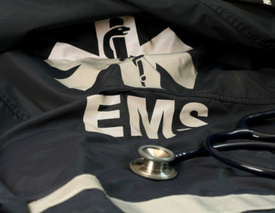 New York, NY – An emergency medical technician for the FDNY was arrested Tuesday, July 20, 2010, for a string of armed sexual assaults that have occurred since 2001, as reported by The New York Times.

Angus Pascall, 33, is accused of assaulting five women and girls, aged as young as 11, in Brooklyn. He was finally caught because his latest victim copied down his license plate after he forced her into the vehicle at gunpoint and then threw her out after the assault.

The woman, 20, was walking in Canarsi on Monday afternoon when Pascall forced her into the car and raped her, according to police reports. He then pushed her out of the vehicle and sped off.

Eight days prior, an 11-year-old girl was sodomized at gunpoint in an elevator in the Kingsborough Houses. Police explained Pascall used a special key, which he had because of his job as an EMT, to keep the elevator in place and prevent others from entering.

Two other attacks occurred in the 67th and 69th Precincts. One of the episodes included a 14-year-old girl fighting off the attacker as he threatened her with a knife and gun.

Three of the victims identified Pascall as their attacker. He was also linked by DNA evidence, according to Police Commissioner Raymond W. Kelly.

Pascall was arrested as he left for work Tuesday. Charges against him include rape, sexual abuse and criminal possession of a weapon.

He served as an EMT for five years, but was on restricted duty, according to Fire Department officials. The reason for his restricted duty was not revealed.

After the arrest, he was suspended without pay.