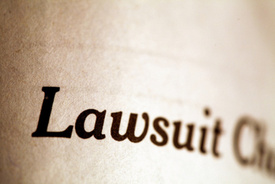 Staten Island, NY – A school snowball fight outside a Brighton Heights school in February 2010 has resulted in a lawsuit from the mother of a girl who was being picked on and pushed around, as reported by Staten Island Live. The woman alleges a safety officer roughed her up and had her falsely arrested to cover up his misstep.

According to Katherine Galindo and her attorney, the episode started at approximately 2:30 p.m., as she arrived at the school to retrieve her 12-year-old daughter. She found her daughter surrounded by three or four students chucking snowballs at her. Galindo’s attorney explains, “It wound up escalating to the point where they were pushing and shoving the daughter.”

When Galindo rushed to her daughter’s aid, the students began to push her as well. Then they surrounded her car. Galindo points out she had a toddler in the vehicle.

When Galindo began to yell at the disruptive children, a safety officer approached and told her not to shout. He ordered her to leave and threatened to arrest her. When she tried to explain the situation, the officer pushed Galindo and threw her into a gate, hitting her arms and shoulders, according to Galindo’s attorney.

Police were then called and Galindo was arrested for disorderly conduct.

The criminal case was later dismissed.

The lawsuit seeks unspecified damages from the city, its Department of Education and Police Department and a school safety officer.

Galindo claims to have suffered neck, back and shoulder injuries from the incident. Her daughter also suffered facial and head injuries.