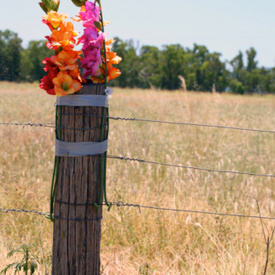 Milford, CT – The host of a 2009 house party attended by two teenagers hours before they were killed in a crash with a Milford police car agreed to a probation sentence Monday, July 19, 2010, as reported by The New Haven Register.

The charges of delivering alcohol to minors and allowing minors to possess alcohol will be dropped if he completes the program. If Munro does not offend any probation rules over the next six months, he will be a free man, and his record will be expunged.

Munro was identified by state police as the host of a party during an investigation into the crash that killed two minors, Ashlie Krakowski and David Servin. Several witnesses from the party reported the two crash victims, both 19, were drinking at Munro’s and appeared “tipsy.”

Accounts seem to vary in terms of how much the two drank, though. As some claimed the couple split a 12-pack, others reported they barely drank anything, according to an arrest warrant affidavit.

The teens were killed when the vehicle they were traveling in was broadsided by a police cruiser driven by now-former Officer Jason Anderson.

State police determined Anderson was traveling at 94 mph before he crashed into the teens’ car at approximately 2:15 a.m. The speed limit on the stretch of the Boston Post Road in Orange where the accident happened is a much-lower 40 mph.

Anderson was fired for the incident and faces two counts of second-degree manslaughter and reckless driving. His next court date is scheduled for August 17.

The families of the deceased teens intend to sue the city.

As for the party host; he reported to a judge he will act more responsibly in the future. The judge presiding over the case told him, “It’s been a very tragic incident for everyone involved. Keep your record clean and I hope it’s your first and last offense.”