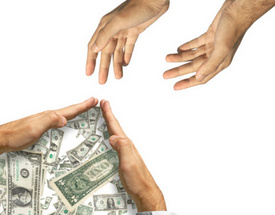 Bennington, VT – The former CEO of Southwestern Vermont Health Care settled a lawsuit filed against his former employer and the state about severance pay, according to the Bennington Banner.

Harvey Yorke came to an agreement with the two defendants Wednesday, July 14, 2010, but the paperwork has yet to be completed, according to Assistant Attorney General David Cassetty.

The state agreed to pay Yorke $10,000 to dismiss all charges. The settlement will place no fault on the state.

A spokesman for SVHC, the parent company of Southwestern Vermont Medical Center, reported “We have an agreement in principle, while our attorneys are still working out the details.” She said she did not know if the final documents would include a nondisclosure clause.

Yorke filed a lawsuit against the hospital, state and SVHC in August 2009, claiming an order from the Department of Banking, Insurance, Securities, Health Care and Administration (BISHCA) forced the hospital to cease monthly payments of $27,000 that Yorke was guaranteed as part of his severance package.

According to court documents, the payments were to last 22 months. Other terms included a $50,000 payment to Yorke for his job-searching costs. He was also to receive up to $25,000 for any legal fees stemming from litigation resulting from his termination.

Yorke retired in March 2009 after the hospital discovered a $7.5 million deficit in its operating budget. Yorke claims he was actually fired by the Board of Trustees at SVHC, but allowed to announce his retirement.

The hospital had to enlist a number of measures to close the deficit, including laying off 60 non-medical personnel.

When BISHCA took over the hospital’s finances, it put a hold on Yorke’s severance pay, pending expenditure approval. This action prompted Yorke to file suit.

In September 2009, BISHCA no longer required approvals for expenditures and resumed the severance payments for Yorke. The company also made up for the three months Yorke was not paid.

The judge presiding over the case was U.S. District Court Judge Gavin Murtha.