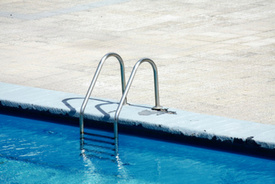 Philadelphia, PA – The family of a teen who almost drowned in a city pool in 2008 filed a lawsuit against the city Friday, July 9, 2010, claiming a city employee took bribes from teens to allow them to swim after hours, as reported by The Philadelphia Enquirer.

The suit was filed in Common Pleas Court in Philadelphia and claims payoffs to Department of Recreation employees are a “common practice throughout the city.” The family of the boy who almost lost his life seeks $200,000.

On July 5, 2008, Khalik Miller, then 16, went to the Awbury Recreation Center in East Germantown after hours for a swim with 29 other teens. The employee charged every teen $2 to swim after closing. The employee was not named in the suit and referred to as “John Doe.”

Miller was allegedly an apt swimmer. The attorney for his family explained it was not the first time Miller had taken advantage of the evening swim. But on that evening, Miller dove into the shallow end of the pool and hit his head on the bottom.

The impact knocked him unconscious.

When the employee returned to order the kids out of the pool, he noticed someone was submerged in the water, according to the lawsuit.

Two girls jumped into the pool to retrieve him. Once they pulled the boy out, they began administering cardiopulmonary resuscitation.

The lawsuit alleges the employee neither attempted to help, nor called 911. It is unclear who called for aid.

Witnesses estimate Miller was submerged for approximately two minutes before he was pulled out.

He was taken to Albert Einstein Medical Center, where he was revived and spent four days on a respirator.

While he is healthy, his lawyer claims he remains withdrawn and suffers nightmares from the incident.

Spokespeople from the pool and the Department of Parks and Recreation withheld comment.