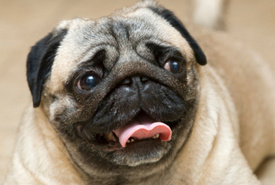 New York, NY – An upper West Side couple filed a $1 million lawsuit against Queens-based Doggie Love NYC on Friday, July 2, 2010, accusing the dog-walking firm of abandoning their French bulldog even though he was visibly in distress. The 5-year-old pup died after suffering from heat exhaustion last year.

The lawsuit was filed in Queens Supreme court and explains the couple’s distress through statements such as “Percy was my rock and my biggest source of comfort,” and “Percy wiggled his way into our hearts.”

According to the lawsuit, Percy died last July after the couple left him with the Doggie Love kennel for the night. When an employee dropped him off at the couple’s house, the dog was visibly suffering distress. According to a witness, who is also a federal Appeals Court Judge, the dog was in the throes of death after he was driven home from the kennel in a hot van.

The judge wrote in a statement, “Percy was lying on his back, with his legs sticking straight up. Percy looked exhausted, in distress, breathing with great difficulty. The judge added he expressed concern over the dog’s well-being, but the Doggie Love employee insisted, “He is fine.”

Percy was dead when the couple’s regular dog walker came the next day to let him out. The employee found his body covered in twigs and dirty, splayed in front of an air-conditioner.

The lawyer representing Doggie Love owners Nilo Silva and Marla Abrams described the lawsuit as “sensational” and expressed lack of concern about the case.