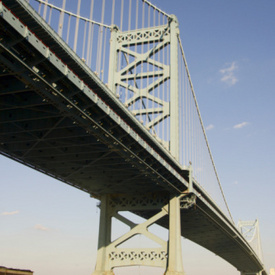 Philadelphia, PA – The families of the two victims of the tragic Philadelphia duck boat crash that occurred July 7, 2010 hired personal injury attorneys from the United States, as reported by The Philadelphia Enquirer.

One of the Manhattan attorneys representing the families told the press, “The families are devastated. They’re completely devastated. There may be criminal proceedings as well. Dora’s father wants the people responsible for this put in jail.”

Dora was one of the Hungarian tourists aboard the amphibious vessel when it was struck by a barge on the Delaware River.

While the families of the victims lawyer up, the tug-boat driver who was in charge of pushing the barge obtained representation as well.

The tugboat mate whose name has not been released pleaded the fifth earlier this week when federal investigators began investigating the crash. The mate, while still a paid employee of K-Sea Transportation, has been relieved of duty.

A veteran official with the Seafarer’s International Union, upon receiving news the mate was relieved of duty, told The Inquirer “Oh, he’s (the tugboat mate) gonna’ to lose his license. He’s lost his career, especially because he didn’t speak up.” He also reported the mate should have heard the calls from the Duck-boat crew, and added he should have seen it coming.

According to reports from the National Transportation Safety Board, Duck-boat crew members attempted to radio the Caribbean Sea, the tugboat, on Channel 13 the day of the accident, but the tug did not respond to the calls.

An NTSB spokesman, Ted Lopathkiewicz, reported the final results of the investigations will not be released immediately.