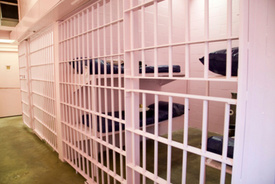 Johnston, RI – Johnston police said they will investigate the death of a man who apparently killed himself while being held at the Johnston police station on Wednesday, July 7, 2010, as reported by the Boston Globe.

According to Deputy Chief David DeCesare, 50-year-old John Mackenzie used a blanket and the bars of his cell to cut off his oxygen supply Wednesday evening.

DeCesare stated the cause and manner of his death are under investigation by state police.

Mackenzie was arrested and charged with domestic disorderly conduct after police responded to a reported incident at his home. He was alone in his cell when he died.

It has not been stated where the responsible officers were when the suicide occurred, or why they were not watching the inmate.