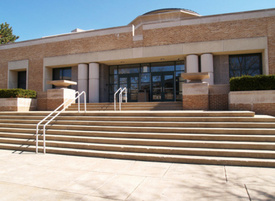 Houston, TX – A cell phone video of a Houston teacher beating a 13-year-old student on April 29, 2010, was posted on YouTube, prompting the immediate termination of the teacher and a possible lawsuit from the boy’s mother, as reported by KTRK-TV/DT.

Isaiah Jones, a student at Jamie’s House Charter School, an alternative school for children in grades six through 12, was apparently the victim of a physical assault from a teacher in front of classmates, and possibly other teachers.

It was reported that the teacher claimed the boy and other students were laughing at a learning-impaired student, which is what spurred the punishment.

The video of the incident is almost a minute long and shows the woman slapping, punching and tossing the boy around.

The teacher was identified as Shari Lynn Davis.

The school began an investigation into the incident after it was reported on April 30. Officials were not made aware of the video until Monday, May 10. After they saw the beating, they issued a statement that called Davis’ actions “horrifying” and promptly fired her.

It was reported that other teachers in the school saw the beating take place. While those rumors have not been proven true as of yet, an investigation is ongoing.

Isaiah Jones’ mother has filed a criminal complaint with the Harris County Sheriff’s Office and is expected to acquire an attorney.

The following is a letter that was sent to parents and guardians of students enrolled at Jamie’s House Charter School:

There has recently been an allegation of a teacher physically assaulting a child at our school.

The incident involved a science teacher and an 8th grade student. It occurred on or about April 29. No other children were involved.

Our school takes all such incidents very seriously and immediate action was taken to safeguard our students. When the allegation was first brought to the school’s attention, the accused teacher was immediately removed from the class room and assigned administrative duties. After a thorough investigation, the teacher involved in the incident has been terminated by the school. Further, if any teacher is found to have witnessed the incident and failed to take appropriate action to safeguard the student, disciplinary action against that teacher will be taken.

Educators are entrusted by parents with their children every day and we have a responsibility to see that they are not only taught but treated with respect. This incident violates every principle by which we operate Jamie’s House Charter School and we will continue to work hard to earn your confidence in us.