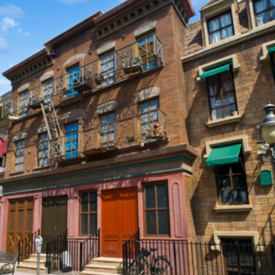 New York, NY – Two men were charged Monday, May 10, 2010, with murdering two teens and injuring another during a house party in the Bronx, as reported by New York Daily News.

Quanisha Wright, 16, and Marvin Wiggins, 15, were shot and killed at 2 a.m. Sunday morning after a partygoer lost a fight, left the party and returned with a gun.

Robert Mitchell, 24, the alleged shooter, and his friend, 20-year-old Dexter Green, both of the Bronx were charged with murder, according to police.

A .45 caliber handgun believed to be the murder weapon was found in an alley near the scene.

Wright’s great-grandmother, Gladys Wright, 86, who raised Quanisha, told reporters, “I feel relieved that they are caught, but it don’t change anything.”

A third victim in the shooting, 20-year-old Tisha Eleazer, reported the two deceased victims were like siblings to her, and that both teenagers died in efforts to protect other people. Eleazer was shot in the arm.

Witnesses reported that one of the shooters got into a fight with people at the party after he was caught improperly touching a young girl. After losing the fight, he vowed to return with a gun.

Doreen Eleazer, Tisha’s mother, reported that the boy told her, “[she] should remember his face, because he’s gonna’ be the one who does the shooting.”

Shortly after, the men returned to the party with guns and taunted Doreen Eleazer. As Quanisha stood up for the older woman, the gunman began firing. Quanisha was hit in the torso.

Marvin Wiggins took a bullet as he jumped in front of an older woman in the line of fire. He died in his father’s arms.

Quanisha’s building is the site of a makeshift memorial. The entryway has been filled with candles, balloons and teddy bears. She celebrated her 16th birthday the Friday prior to the shooting.