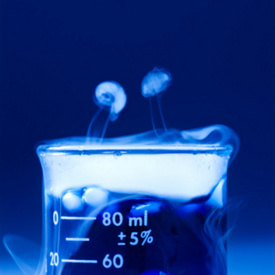 Boston, MA – Three middle school students were hospitalized Wednesday, May 5, 2010, after drinking melted dry ice that was being used for a science experiment at The Sumner G. Whittier School, according to The Boston Channel.

The students were partaking in an experiment that involved putting dry ice into water to make carbon dioxide. The boys, around the age of 12, dared each other to drink the concoction. Unable to walk away from a dare, all three boys drank.

All three were then taken to Children’s Hospital. One of the students, 12-year-old Herman Sheriff told reporters, “We didn’t even think. We were just daring each other.” But, after ingesting the carbon dioxide, Sheriff explained, “My rib cage started to hurt.”

The boys were rushed to the hospital in order to prevent internal ruptures that could have been caused by the gases produced by the dry ice.

Even though the boys were warned by a classmate, a girl by the name of Tayla Pasquariello who called them “foolish,” they did not heed the warnings until after they felt the pain. One of the boys has admitted to learning an important lesson on taking dares.

As of Wednesday evening, two of the boys were recovering at home. A third boy was still under observation at the hospital on oxygen.

And of course, one mother has already expressed concerns over how well the 12-year-old boys were being supervised.