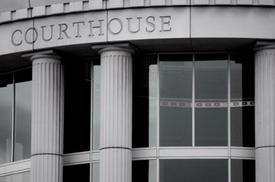 Trenton, NJ – A 36-year-old Ecuadorian man residing in New Jersey pleaded guilty Wednesday, May 5, 2010 to felony charges of videotaping himself molesting a sleeping 11-year-old girl, as reported by The Journal News.

Alexa Avila will face a 12-year term in state prison after his July 13, 2010 sentencing. County Court Judge William Nelson indicated he planned to sentence Avila to close to the maximum term in prison, according to a District Attorney involved with the case.

It is believed that Avila will likely serve eight years of the sentence after one-third of the 12 years is dismissed on account of good behavior.

According to police reports, officers arrested Avila in January after reviewing a videotape on January 14 that showed Avila touching the little girl. The tape was a recording of the second incident of abuse.

The first incident occurred in December, as the 11-year-old shared a bed with Avila’s 7-year-old daughter during a sleepover. The Avilas and the family of the 11-year-old attended the same church.

Avila was caught after his wife lent the digital camera that had the recordings on it to a fellow church member. After the church member saw the video of Avila molesting the child, she took the camera to the pastor. The pastor contacted the police and the little girl’s family.

Because the charges violate Avila’s immigration status, Avila will be deported after he serves his time in prison.

While many are raising eyebrows about the cost of imprisonment when deportation is the next step, a District Attorney from the case explained, “It’s important for the public to understand if a person is deported they avoid punishment in their home country…And Secondly, they often illegally return to the United States unpunished after being deported.”