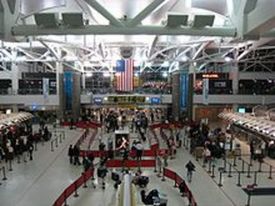 New York, NY – “Clearly the guy was on the plane and shouldn’t have been,” were the words that came out of Mayor Michael Bloomberg’s mouth upon reviewing the 53-hour-long search for Pakistani-American, Faisal Shahzad, as reported by The New York Times.

While all ended relatively well – authorities tracked down and got a confession out of the suspected terrorist who left his explosive-laden Nissan Pathfinder running in the middle of Times Square – security issues are still of concern, according to an article written by William Bratton, ex-New York Police Commissioner.

In Bratton’s article, written for the New York Daily News, the devastation that would have followed the vehicle’s detonation was described as, “a massive fireball rolling across the heart of the theater district leaving New Yorkers and tourists dead or burned.” The blast would have damaged not just people, cars and buildings, but New York’s economy as well. It would have rekindled the suppressed fears and anger that rose with 9/11. It would have caused a violent backlash.

Luckily, Shahzad was caught before he escaped the country. Shahzad, 30, who resided in Bridgeport, Connecticut, admitted his role in the attempted attack, and explained that he gained his knowledge of explosives in Pakistan.

He was charged as a civilian on Tuesday, May 4, 2010 with several terrorism-related crimes, including the attempted use of a weapon of mass destruction. Through a public safety exception, Shahzad was interrogated without being read his Miranda rights.

Shahzad claimed to have received explosive trainings from a volatile region in Pakistan, the Waziristan region. If the role of the Pakistani-Taliban in this bombing is confirmed, it will register as the first of the group’s effort to attack the United States. It will also register as the first attack on a target outside Pakistan or Afghanistan.

Shahzad’s confessions to the attempted bombing came after he was pulled from a plane that was departing for Dubai. The plane was readying to taxi down the runway. The airline that allowed for this was Emirates.

On Monday afternoon, after investigators neared certainty that Shahzad was the man who bought the Pathfinder and parked it full of gasoline, propane, fertilizer and fireworks in Times Square, officials placed him on a no-fly list. An electronic message was sent out to all airlines to recheck the no-fly list for an important added name. This message was sent at approximately 12:30 p.m.

At approximately 4:30 p.m., officials added extra information to the no-fly list, including the culprit’s passport number.

At approximately 6:30 p.m., Shahzad called Emirates and booked a flight to Pakistan, via Dubai. At approximately 7:35 p.m., seven hours after airlines were informed of the updated no-fly list, Shahzad arrived at the airport, paid cash for the ticket and was granted a boarding pass.

At 11 p.m., Shahzad boarded the Dubai-bound plane. Emirates Flight EK202 reported the final passenger manifest to the National Targeting Center, a security organization operated in Virginia by Customs and Border Protection. This is where analysts discovered the airlines were carrying the newest member of the no-fly list.

An alarm was sounded, and minutes later, while the jet was still standing, agents came aboard and took him into custody.

The plane attempted to depart again, but was called back so authorities could remove two more passengers. The two passengers were questioned and cleared, then all other passengers and baggage on the plane were re-examined for clearance.

The plane was finally cleared for takeoff seven hours after its scheduled departure time.

While Emirates did notify the Transportation Security Administration that a customer had paid cash for his ticket, an act not required by law but often performed on account of security suspicions, the alert was not released until after Shahzad had already been evacuated from the plane taken into custody.

An Emirates spokesperson declined to comment on the obvious lapse in security, but the airline gave the statement, “Emirates takes every necessary precaution to ensure the safety and well-being of its passengers and crew and regrets the inconvenience caused.”

YouTube Video documenting audio of turn around provided by the AP.